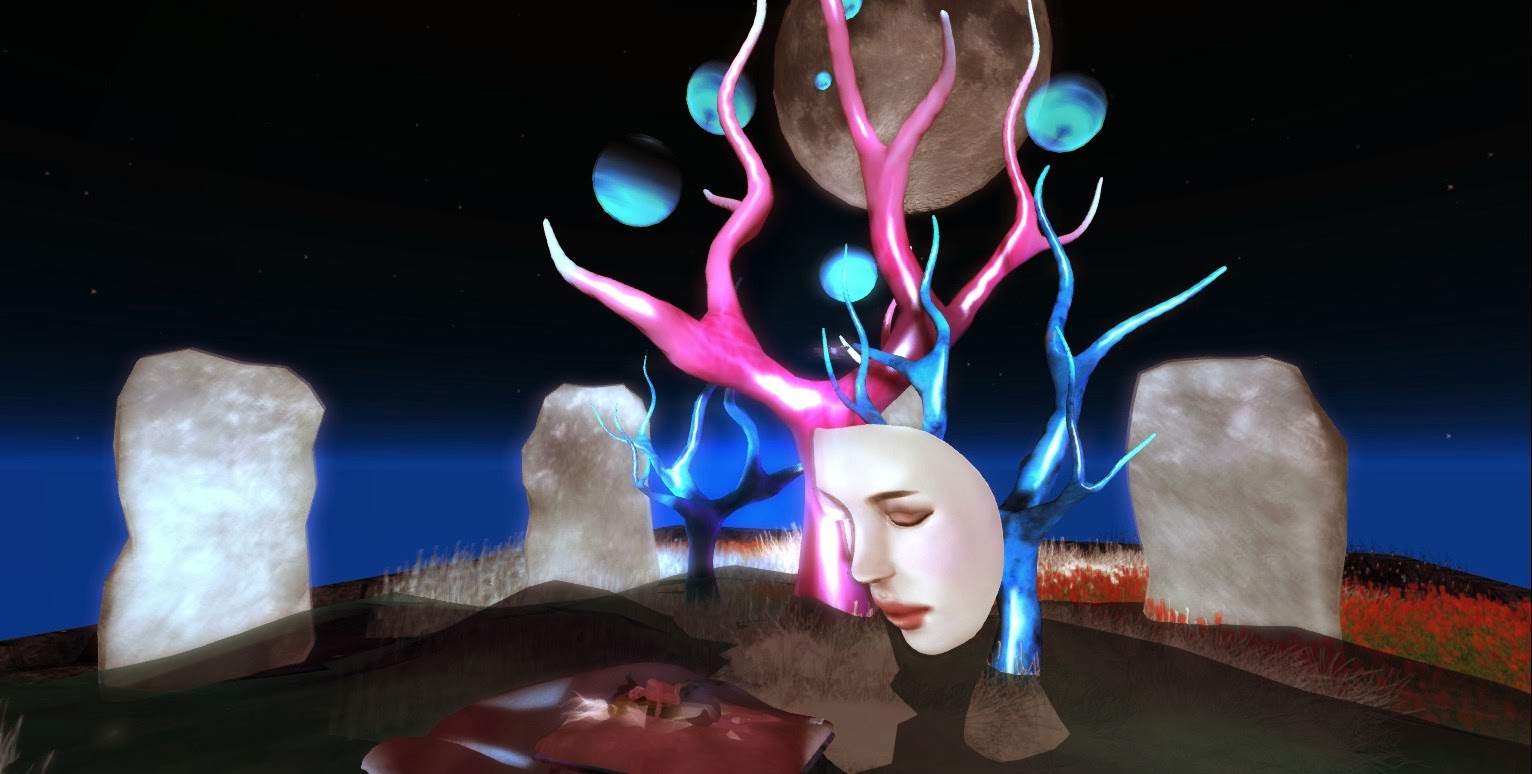 Arte Libera galerist Simba Schumann writes in her introduction to the installation: "A woman sleeps embracing her pillow and  her transparent  alter ego embraces her, while another part of her looks at both with lovely eyes. She is good, she feel her complete. It will be the same when she'll wake up?" Is it really an alter ego? To me it looks more like an imaginative partner or more likely someone who exists, but is far away. We live in a world where more and more relationships emerge from virtual contacts. Already 30% of all relationships in Germany started in 2011 in the internet with a strong growing tendency. And against common prejudice  those couples have a significant better chance than others who met in real life. The reasons are to be found in a more open communication at the beginning and the long time span of checking and testing  until they finally meet, usually more than a year. But what happens in the time between first virtual and real contact? Dreaming and longing! I saw that very much in Noke Yuitza's work which is to me one of her most beautiful and poetic. See here a teaser taken by her:

The Image And The Imaginery by Tani Thor + Aloisio Congrejo 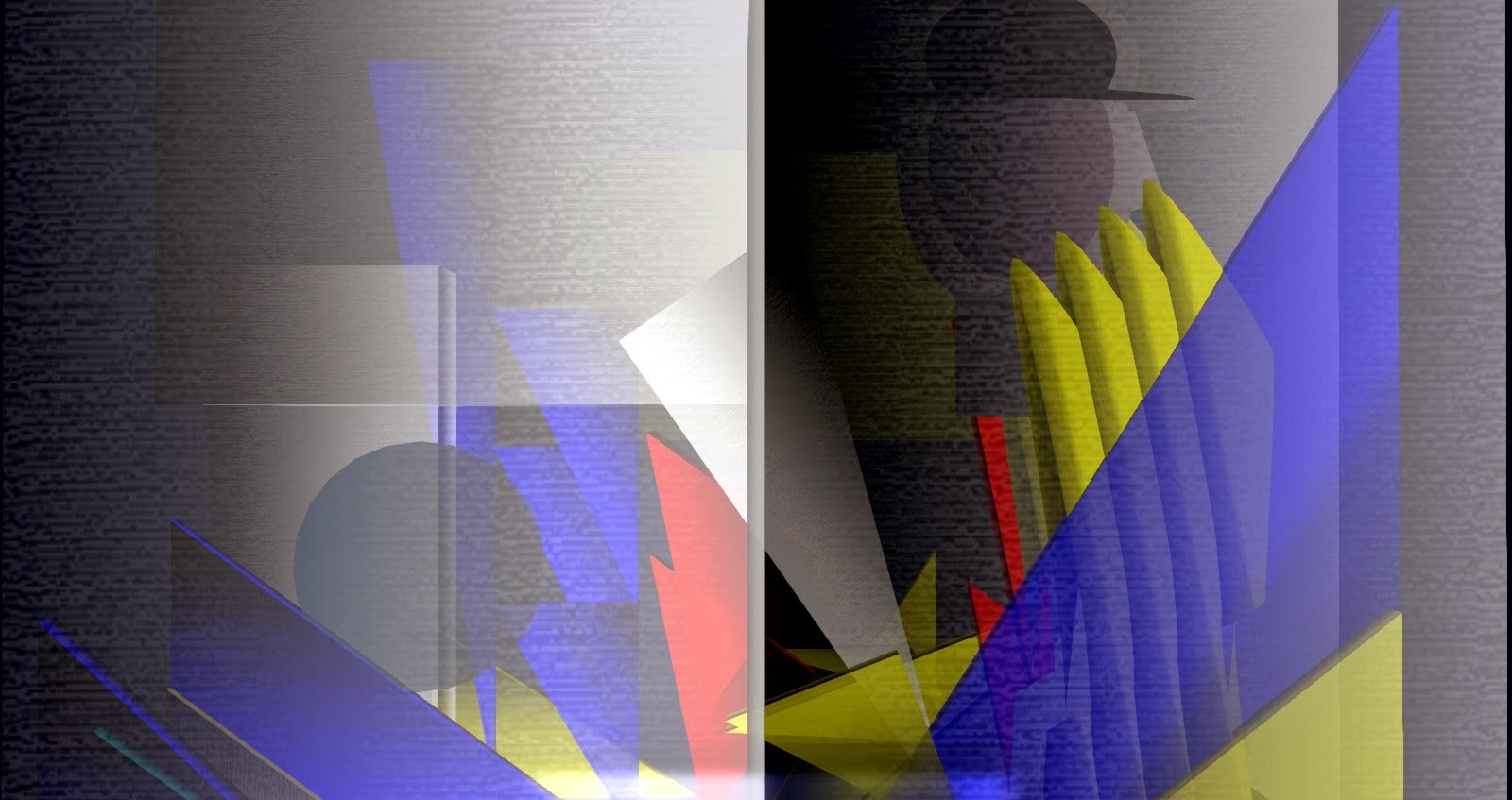 Tani and Alo are one of the power couples in the art world of SL. They run a gallery, they curate and they create. And as always they combine here artistic talent with good taste. From the landing spot you see a large abstract image in Bauhaus colors which opens to a 3D space once coming nearer. This build by Alo host a gallery with portraits made by Tani. They are not only very interesting edited, the extra fun was that many of the models are well known in the art world: 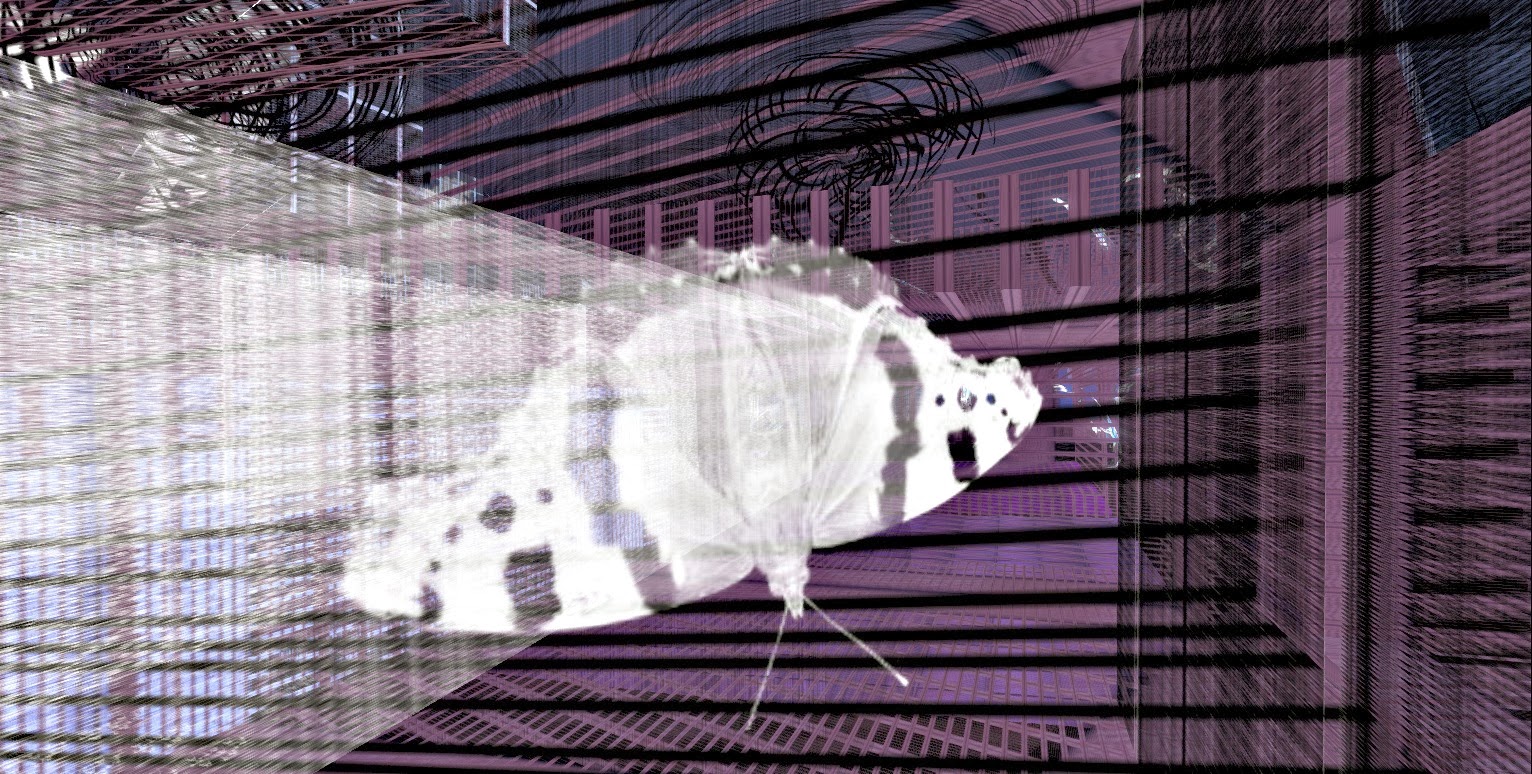 I always have Pol Jarvinen in mind in correlation with the word poetry. Having a conversation with him about any kind of art you often hear him using that word. And also his art is always poetic. I am not talking about poems, it is about the atmosphere, the feelings, the unspoken and the unspeakable which makes the magic part of a good artwork and which often makes me quiet when blogging a work and just encouraging to go,  see and feel. 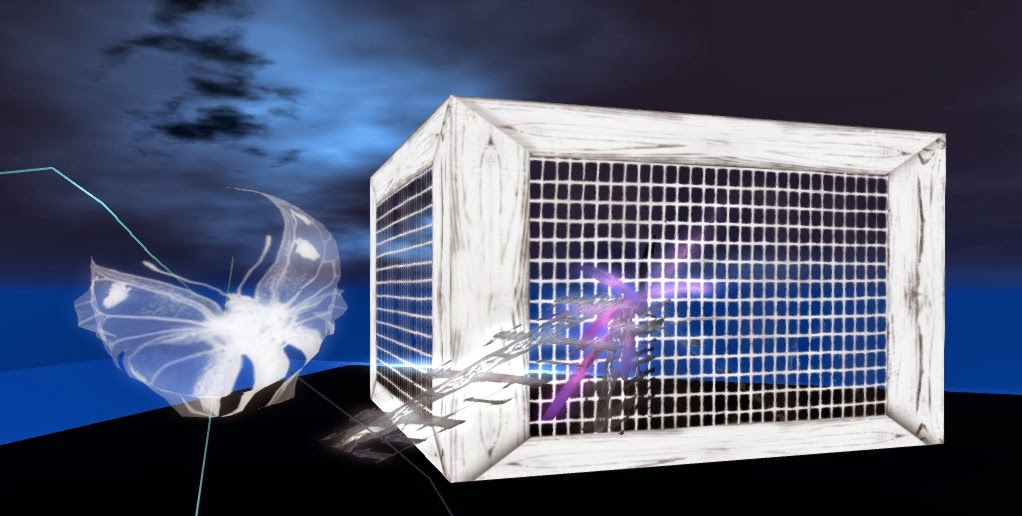 Same here with Pol's "Chasing Butterflies". Seeing the insects, caught in geometric, interfering meshes cause a poetic melancholy which are something like the red line in all of his works. It is very much about the restrictions of hopes and dreams in our lifes. But to experience you have to go for yourself.