Events, especially in the art fields, that cover Second Life and real life are to me always interesting and the only chance to get more attention for and a better reputation of Second Life. Three avatars worked together for a long time to make this project happen. The premiere has been last Wednesday at US time. Today is the only show for Europeans. Since I haven't seen the show yet, I post the press release here: 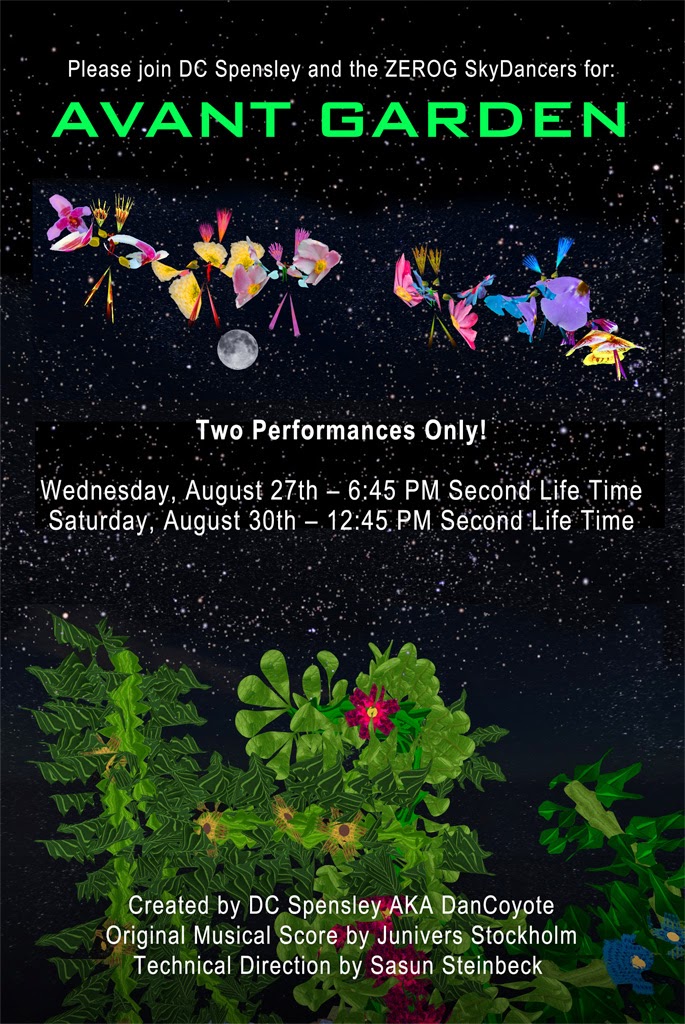 "August 20 marked the first ever mixed reality ZEROG SkyDance opening at Little Boxed Theater in San Francsico. The virtual SkyDance set was projected on a 14’ x 8’ rear projection screen inside a fully darkened theater space with an incredible sound system playing the original musical score composed for Avant Garden by Swedish composer Juivers Stockholm. Dancing in a "follow spot” in front of the projection screen was Kathleen Moore (of Dance Generators) playing the character “Rose Gardener” the caretaker of the Avant Garden. Before the show, artist and creator DC Spensley (DanCoyote in SL) spoke briefly about the production giving historical context to the 8 years of SkyDance productions and a primer on virtual worlds as context for the event. Most people in the audience were not initiated into virtual worlds and found it very helpful to understand what was going on. The show was very well attended with about 60 people crowded into a theater space designed for 50. 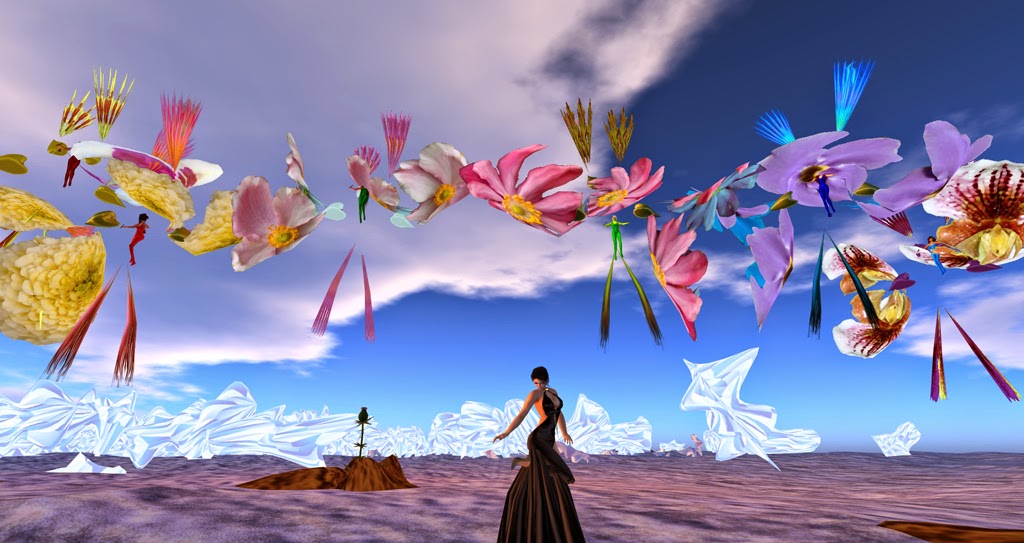 These will be the only two shows possible since DanCoyote’s stay at LEA SOVA (School of Virtual Art) comes to a close on September 1st. The SkyDance “Avant Garden” is presently looking for another sim and discussions are under way to produce another mixed reality showing in San Francisco in late September or early October. Please IM DanCoyote Antonelli in SL or send email to dc@dancoyote.com to be added to the list for this one of a kind event in San Francisco.

Avant Garden is a mixed reality theater performance by Artistic Director and Virtual Worlds Producer DC Spensley. Mixed reality in this sense means a combination of live and virtual reality dance performers interacting by means of a rear projection screen. The virtual team is called the ZERO SkyDancers, an ensemble that has been performing professionally since 2006 at art biennials, festivals and commissions, log in from all over North America using their computers to rehearse and perform together in simulated space. Imagine people controlling puppets over the internet all together on a stage similar to a video game environment. The live dancer (physically present) Kathleen Moore (of Dance Generators) performs in front of the screen allowing her to interact with the virtual performers and stage set.

Avant Garden, a mixed reality performance presented by DC Spensley featuring the ZEROG SkyDancers and Kathleen Moore as “The Gardener”