The Dance of Death, Totentanz in German or Dance Macabre in French was a performance which has been invented in the 14th century as an allegory on the fact that death unites all human beings. This idea influenced until today all kinds of art in Europe. 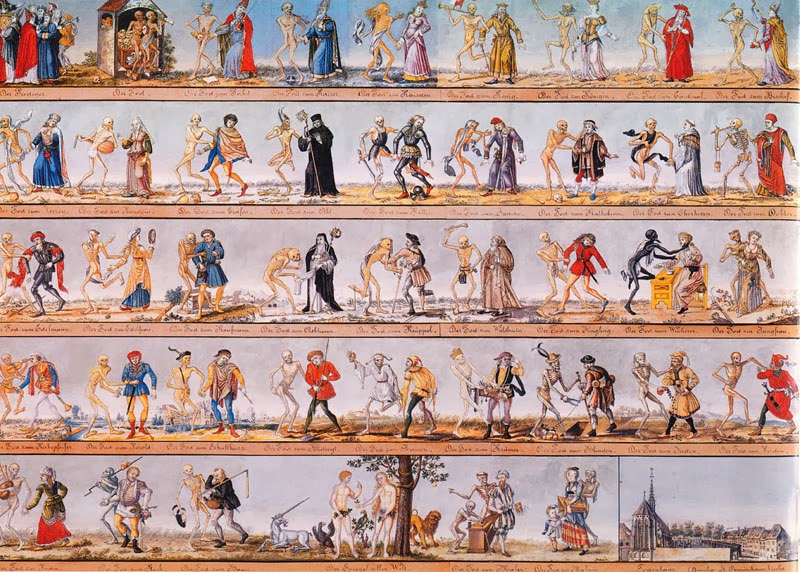 One of the famous examples ist the "Basler Totentanz", a 60m large mural painted around 1440 at a cemetery wall in Basel Switzerland by the church Predigerkirche. The work sadly has been destroyed in 1805. The image above is a part of a watercolour which has been painted as copy of the large mural before demolition.

Peter Greenaway brought the work back to life at the same place for the month of death, November, as media installation with 27 short movies. As I got from the reviews it is a great success, entertaining and spiced with much black humour.

And here are Rose's machinimas. She commented: "These Susa Bubble machinima are my contributions for 'The Dance of Death' Installation at Basel. The RL installation is a reinterpretation of the original Totentanz, the famous 15th Century wallpainting in Basel, that reminded people that whether rich or poor, and no matter one's station in life, everyone has to die."

See here a video of the opening with Peter Greenaway's speech:

He also wrote a book in German/ English to the installation which is already available at Amazon Germany.